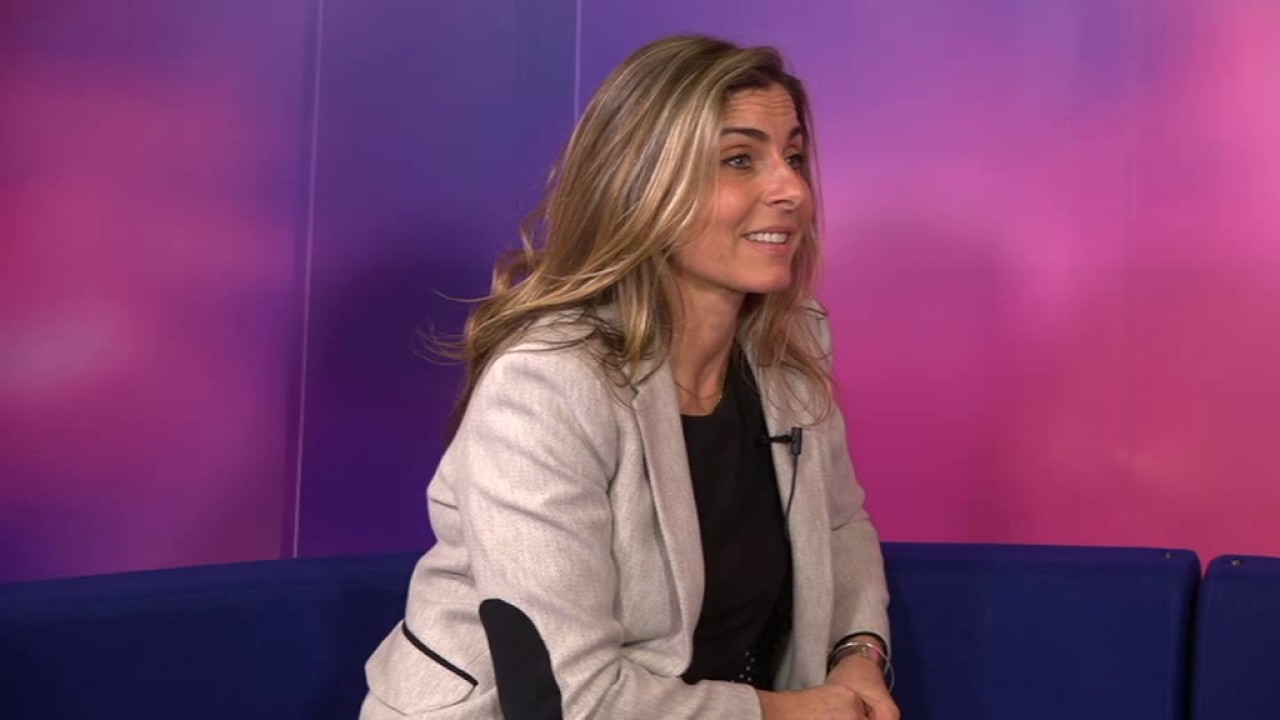 As a child Emma-Jane was told she was a failure, the girl going nowhere & had a juvenile delinquent badge slapped on her when she was 13 by her psychiatrist. Being labelled at an early age came with difficulties, leading to most people believing she would be dead or in prison by the time she was 20 – although for many the resultant mental trauma from child sex abuse is prison enough.

emma-jane is now the Founder of The Works Co, a series of lifestyle businesses that was founded over 25 yrs ago. She found her personal and professional success through many years of therapy, communication, support, fitness/well-being & writing.

Emma-Jane has organically become a Child Sex Abuse (CSA) Activist, Speaker, Presenter, and Author on this subject. Her debut book, Don’t Hold Back is a motivational self-help book, published in 2018. Its purpose is to encourage readers to find their voice, give thought, and help them to process the difficulties of CSA, rejection & abandonment – the book is based on her personal and difficult story. Don’t Hold Back highlights how Emma-Jane changed her life to become the successful woman she is today. 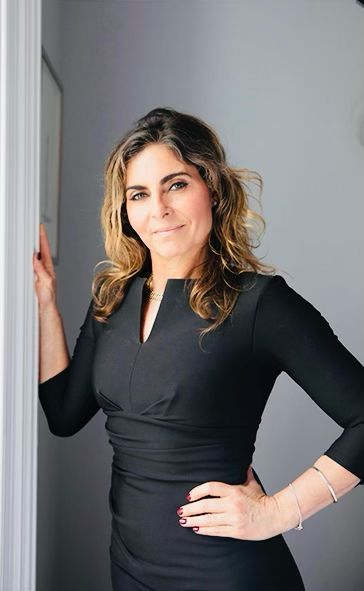 I used to be ashamed that I was bulimic. I was highly embarrassed to share with anyone my dirty secret, and because of this I hid it for years – pretending I was fine, when I wasn’t.

It all started when I was around 13 years old. A time when I felt uncertain/insecure about who I was, a time when realisation dawned of being sexually abused as a child and the pain as my Father told me that didn’t want to see me again. I pot of traumatic reality that hit me hard.

None of us know how trauma will show up in our lives. For some, including me, trauma made me feel better, for a short time. The events that had struck me so hard were completely overwhelming and trauma was almost a convenient distraction. That was until the mist cleared and the reality of the   guilt, pain, horror of those events, hit home.

I felt powerful and embarrassed in equal measure, it was a horrible time.

My first ever therapy session actually started with a psychiatrist at school when I was around thirteen or fourteen years old. However, I wasn’t ready. Utter fear prevented me from barely speaking, let alone expressing inner thoughts and feelings.

The school had sent me to a psychiatrist when they believed there was no hope for me. They labelled me a juvenile delinquent, something I remember seeing on my notes when I sat with a psychiatrist. I’ll not forget sitting in that sterile little room, decked out with two basic chairs, a small wooden table, with a microphone resting on the top. My Mum sat outside the room. She must have been devastated. It was a truly sad, demoralising experience, both then and in hindsight.

I was never the juvenile delinquent I was painted out to be, just a very mixed-up child who was being sexually abused and who had been abandoned by her Father. Being in the psychiatrist’s room and being asked questions I didn’t know how to answer, was intimidating to say the least. My heart was thumping.

My school friends thought it was cool to have been sent to see a psychiatrist. I was just very confused, terrified even, but I was a great actress, so pretended I was cool with it all. I sat in the therapists chair, on that sad day feeling completely sick. Shaking inside and unable to answer any questions sensibly as I was full of fear and worried I would give the wrong answer, paranoid of what they might do to me. I feared I might go to some kind of prison.

Consequently, I never talked to my psychiatrist about any of the abuse, focusing only on my Father abandoning me.

My Bulimia started around this time; one day I remember making myself sick, and I suddenly felt in control – I wasn’t of course, it was just a painful part of the insecurities I was holding onto.

The shame of bulimia was immense. I really hated doing this to my body. Making myself sick was utterly unbearable some days, but I couldn’t and wouldn’t stop. I didn’t know how to. It all started with me taking over-the-counter meds when I was at senior school. I don’t remember much from my traumatic childhood, but I do remember buying these over-the-counter meds, and taking them in the toilets at school break-time.

Writing and talking about this subject isn’t really comfortable, but I know it’s a real problem affecting so many, so I push on in my hope that this might help just one person, I felt so alone when I was experiencing this, and I now know I wasn’t.

As I’ve matured and recovered from bulimia, I now understand that trauma shows up in ways you least expect. I remember a girl I knew who was suffering from bulimia. She started losing her front teeth because of ‘this’ condition and it was this that persuaded me to go into therapy – it appeared that at this time I hated myself, but liked my teeth.

Discovering my triggers for bulimia took time, I was embarrassed to tell my therapist about being bulimic. For years I hid it from my therapy sessions. I figured I had enough to speak about with being groomed, sexually abused as a child and abandoned, so why add anything else to the mix. But, this was only half the battle; it was almost like I wanted control and could gain this through limitation of information. At times I felt like I enjoyed this self-sabotage – it presented me with that control.

When I did eventually tell my therapist, I remember shaking, looking at the floor and feeling utter shame as the words came rolling out of my mouth. Shocked at myself, a grown adult talking about being bulimic and the implications of what that meant. Worried about what he would think of me. I needn’t have worried. He took it all in his stride & of course now I realise I am one of many suffering, and through my own work as a mentor, understand that those affected represent a huge number.

My therapist helped me find coping mechanisms, tools and thought processes to manage this conversation. Bulimia wasn’t going to be a quick fix though. As my therapy deepened and as I felt stronger, the bulimia would stop and I would have respite, until the next trigger. It went like this for many years. Each respite lasted longer than the one before and gave me a better chance to get my head around the coping mechanisms and how to live bulimia free. 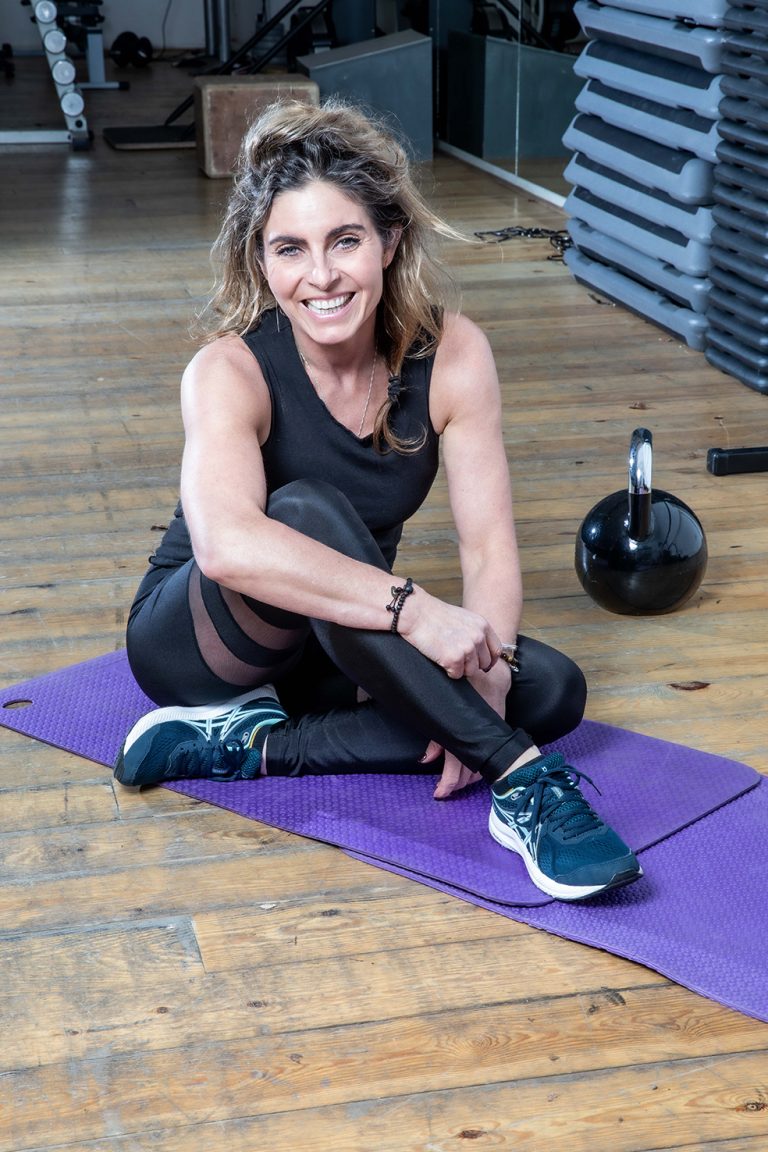 Trauma and the effects of, shouldn’t come with shame – but they do. It is a conversation full of stigma and taboo. It continues to be a difficult space for many to connect with. My hope is one day that these conversations will be normalised, allowing sufferers to not feel shame, and find support and help sooner.

Would I have been bulimic if I wasn’t subjected to adversity from 9-16? Who knows – but what I do know is bulimia didn’t start with the impact of being sexually abused. It started when the abuse stopped and the harsh realities set in. As a child there was, in some respects, a fortunate ignorance. I didn’t understand it, the abuse, or the reality of what was happening. Especially as the people violating me were “people I knew”.

I think it’s important to know that before you judge someone who’s suffering with disorders/addictions/mental health, take a big dose of “understanding” on the topic. See if you can show empathy through that understanding, and towards that person – you might just be the lifeline they need.

As a fitness addict, and a professional in the field of well-being, I am now someone who looks after their body with no alcohol/sugar/crappy foods. Some might say this is now an addiction, but it’s a healthy one and one that I thoroughly enjoy and thrive with.

What I have learnt from my work is that the only way to be the “best you” is to really understand the importance of physical/ mental/ emotional fitness – all 3 work brilliantly together…..trust me!

My journey has never stopped, but that is okay. I believe life gives us fresh challenges each day and, for this reason, I continue to discover myself daily by uncovering my potential. Professionals are there to help us, so I use them wisely. It is not a weakness to still be here, it is my strength, and it continues to drive me through and give me fresh hope.

I am no longer embarrassed about having been bulimic, and share my story willingly to help someone share theirs – it really is that simple for me!

Bulimia shouldn’t be a silent condition – similar to all the subjects I speak about.

Bulimia has a voice, and together we can all make a difference to this conversation.

Emma Jane Taylor wants better protection of young lives and a change in the thought process around Child Sex Abuse. She is an ardent campaigner improving lives and influencing real change. Her Tedx Talk “It’s not just strangers we should be afraid of” reflects this conversation.

for the record #3 Tim's legacy There is nothing more important when we are gone than our legacy.  Sadly my brother’s legacy has been destroyed, by the person who was supposed to love and protect him the most. The lies that have been told by her are nothing short of despicable, and she has shown just how much she does not love any of her children, by the way she […]