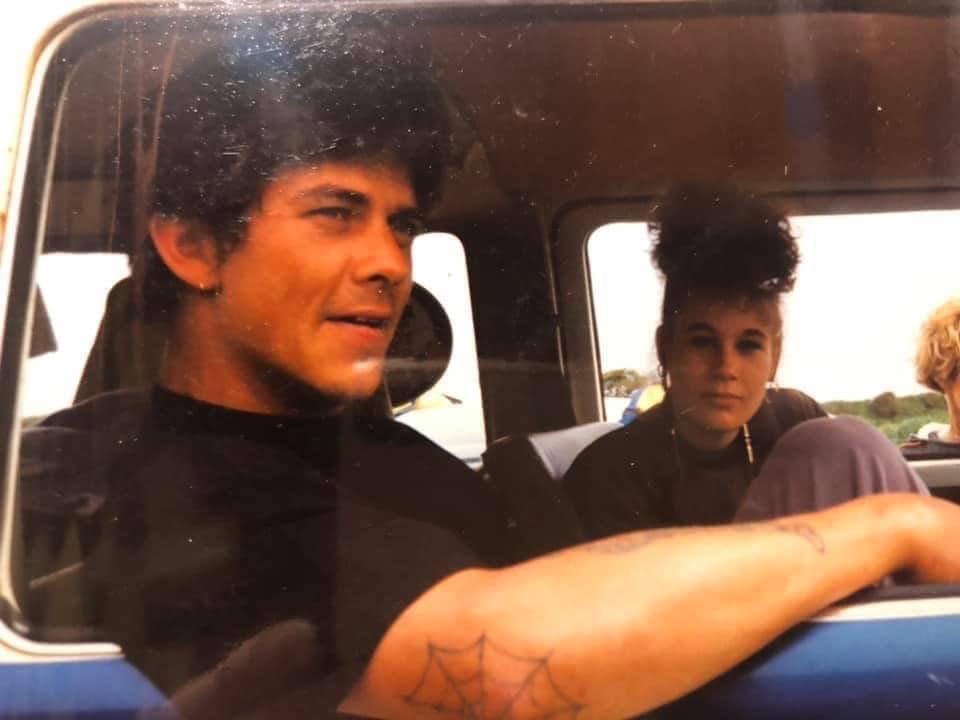 There is nothing more important when we are gone than our legacy.  Sadly my brother’s legacy has been destroyed, by the person who was supposed to love and protect him the most.

The lies that have been told by her are nothing short of despicable, and she has shown just how much she does not love any of her children, by the way she acted towards myself and my wife, in the months leading up to, and in the wake of Tim’s death.

These lies began by her lying to his GP about his condition, and ended in me not being allowed any information from the police in the days, weeks, months after his death, with them simply saying “We have informed the “Next Of Kin” and ‘it’s down to her to pass that information on to you”. This is a person who was also telling them that she blamed us 100% for Tim taking his life, and that she did not want to see me, let alone speak to me.

When we asked my other siblings to pass on information they also refused, saying ‘It’s up to mum and what she wants” Well what about what Tim wanted?

I know, and anyone who really knew us, knows that Tim would not have wanted any blame laid on anyone, least alone his youngest brother, and certainly not by his mother! I was the one who he loved most in the whole world, he would not have wanted his other siblings to arrange his funeral, he had no relationship with them for the last 30 years, neither of us had, we were simply not close to them at all.

The service was not a celebration, or true memorial to Tim in anyway, I was given a copy of the order of service, songs selected – Madness was one of Tim’s and the family’s firm favourites, and of all the songs they could have picked they chose ‘Just Another Day’ I mean really?

The only family member to speak was our oldest brother Mark, who was not close to Tim in anyway, quite the opposite. He read out the short poem ‘Afterglow’ which is pretty much the first, and standard poem that comes up when you google funeral poems, not a fitting tribute at all.

Sadly, it’s all down to the actions of our own mother ,who prevented not just myself, but so many others from grieving in a natural way.

As for the way they have treated us in the wake of his death, he would be angry and appalled at them. I was not only prevented from attending his funeral, but I have also not been allowed to the house to look through his things, the details of his estate were never shared with me by the family, and when I asked if I could at least have one photo I was told no.

If all this was not bad enough, I then had a court action taken out against me, based on pure fabrication and lies, a case that was taken out in August 2021, just before the original date for Tim’s inquest, coming up to the one-year anniversary of his passing.

This was just a continuation of them attempting to cause me more pain and suffering, and most of all, to silence me!

The trial for this did not happen until just last week, on summer solstice, almost 1 year after it was initiated. The stress this put me under, on top of everything else could have finished me off! but they failed!

I’m not permitted to go into details of family court proceedings, so I must be careful what I say or there will be consequences, but I believe I am free to state the outcome of this case which was this, “Due to there being no evidence of fact to back up these allegations, the case is discharged, and dismissed. Finally, some truth, and some Justice. 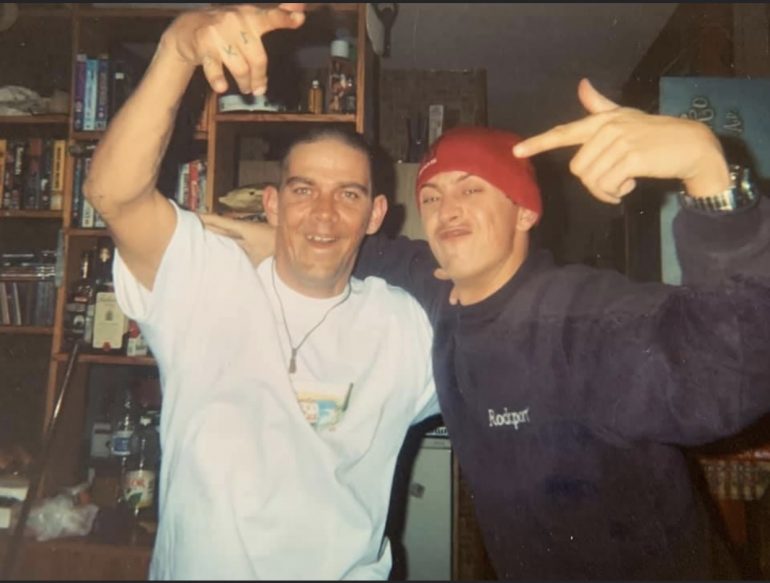 There’s a lot more that could be said about everything that’s gone on since we all lost Tim, more lies that need to be exposed, and they will be, but for now I must deal with one thing at a time, and the most important thing here is that Tim’s legacy is upheld in an honourable way.

I have decided to try and get a memorial bench placed at Adur Rec in Shoreham for Tim, this is the place where he would often walk his dog Charlie, a place he called his safe place.

This is so that all those in the local community that truly cared for Tim can have a place to come and remember him, remember the good times they shared, just what a kind, caring, loving soul that he was, and all the good that he did for others.

I think he would want it to also be a place, where men especially can come and sit, talk about their own problems and pains together. This was Tim’s last wish, for us all to talk openly and honestly, and that’s what I will always uphold.

I have set up a facebook fundraiser so it’s super easy to donate, if you wish to donate but do not want to do it through that platform please contact me directly. Mike@istreemradio.com 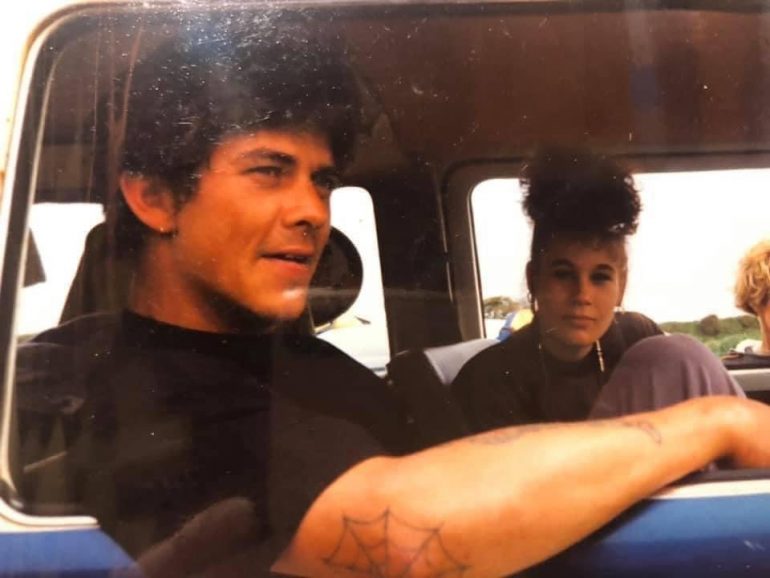 It would have been Tim’s 56th birthday today, so I want to end this blog with a tribute to him.

This is something I wrote, that I was permitted to read out at his inquest.

Who was Tim Wall?

One of four children, second youngest in age. He loved his family very much.

He was man very well known, and very much loved by many in his local community.

Born on the 27th Of June, 1966 To Gloria and Herbert (who preferred to be called John) 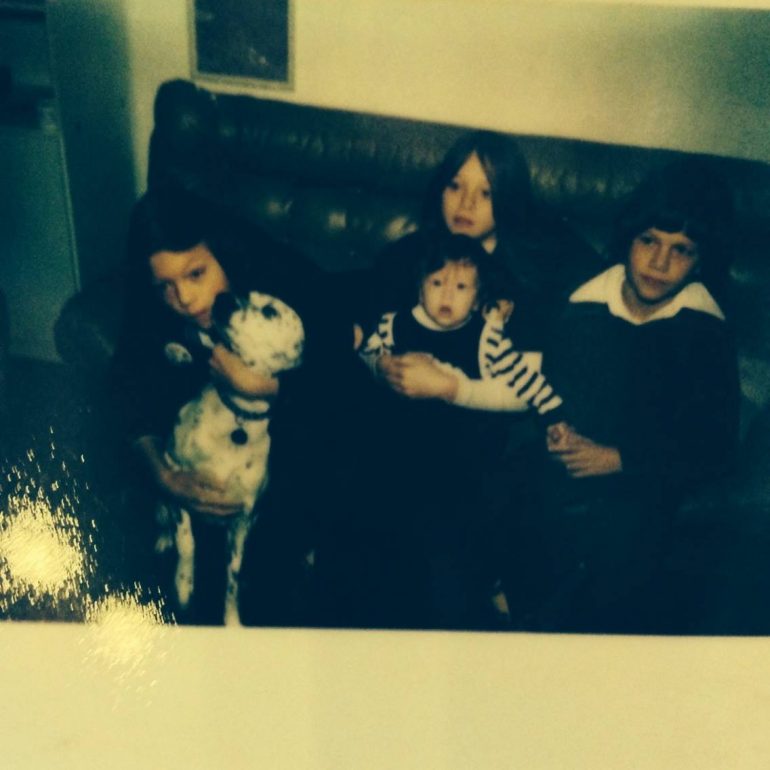 He grew up In Lancing, and Shoreham By Sea. Going to school at what was then Boundstone Community College.

In his early years he was a very cute child, and those who remember him back then say he was one who of those children who always smiled. 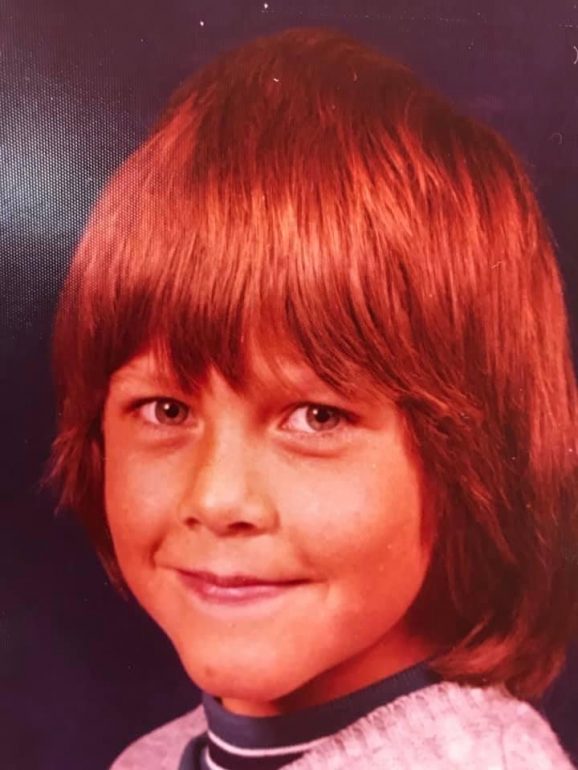 He loved football, music and drama, and was in many school plays. He played for the local football team on Sundays, with his older brother Mark, me and our Dad would always go to watch them play.

In his teens he was a skinhead, and later a raver, with a passion for good times and always making sure everyone was having just a good as time as he was.

In his 20’s he fell in love, and met the girl of his dreams, but he also lost his Father in a sudden death incident at the age of just 27.

This was a huge marker for the rest of his life, He set off travelling, literally to the other side of the world, to New Zealand, with me and a friend of mine from school in tow.

I was just 17 when we lost our Father, and from that day my brother, who I was already the closest to in my family, became my father figure.

I could write more than one book about our adventures, and scrapes we got into on our travels, but for today I will keep it brief.

We travelled and lived together in New Zealand for three months, then Sydney Australia for 2 years, I left to live in Canada for a while with my then girlfriend Jen, but we later spent three summers, and three Winters back 2 back in Mallorca and Andorra, him working as a holiday rep, myself as a DJ. While we were even had the same monkey tattoo on our backsides. 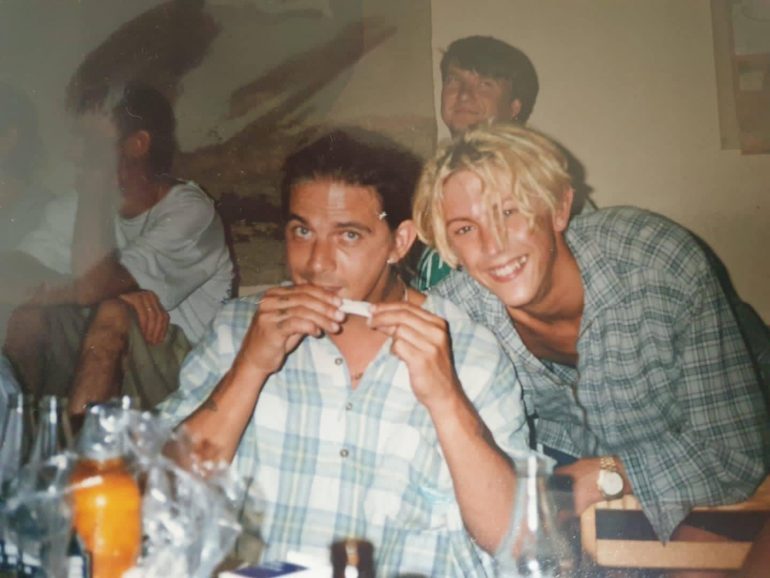 When we both returned from our travels, back to the UK, we both went back to live at our family home with our mother, from 2002 – 2006 we both worked first as residential social workers, then both at the same company Asphaleia, he as a house parent, support worker for unaccompanied asylum seekers, and myself at the organisations learning centre in Worthing, as a youth mentor and advice and guidance councillor.

In 2007 I landed a dream job to work as a DJ for Ministry of Sound in Egypt, Tim stayed on at home for a while, but did moved out from his mothers to Shoreham Beach. He then got itchy feet to travel again and got a job in Austria as a holiday rep. He spent a summer in Lesvos, then back to the Alps, and a Summer season in Austria, where he said he was feeling the best he ever had in his life. He even did a sky dive there.

In 2012 Tim returned home to live with his mother, initially he said he was only coming home for the Summer.  I was already back there after returning from Egypt at the end of 2010.

We lived there together again with our mother, until I flew the nest to settle with the love of my life, my now wife, Elen. known professionally as Sacha.

In 2013 Tim embarked on the trip of his life, he travelled to our father’s homeland of Burma, meeting some of our relatives, and visiting the places our father lived and grew up.

His soul really did shine when he was there, he had a smile that I had not seen on his face in a very long while. 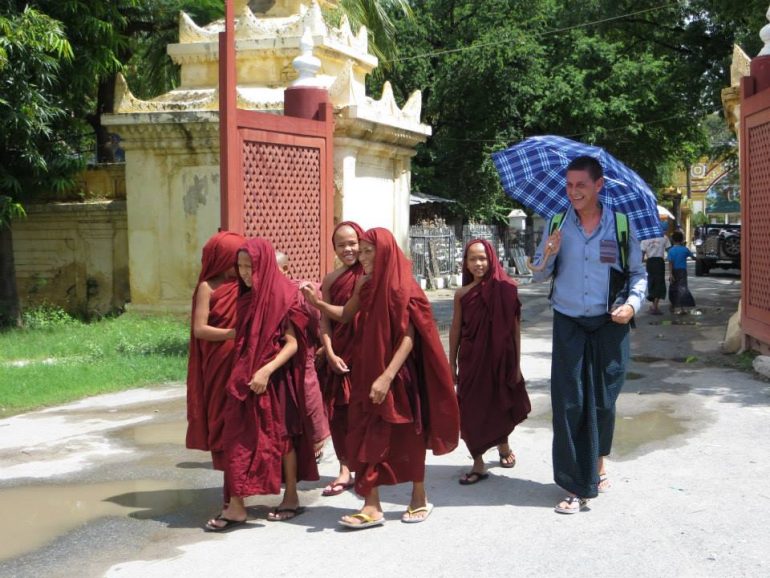 Tim then returned to live at his mother’s, he got a job as a support worker, he changed companies a few times, and even did his training to become a bus driver, once he passed his test though he decided it was not for him and went back to work as a LCS Personal Adviser at West Sussex County Council. 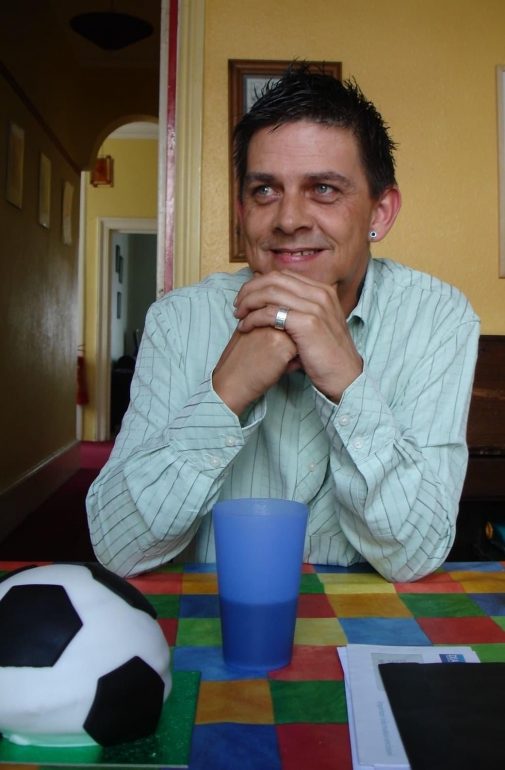 This is just a short summery of my brother’s life, I could liberally go on forever about just how many people he helped, he was a pure soul that touched the hearts of so many.

Tim was a loving son, brother, uncle, a true friend to those he held close, and a literal father figure tom so many of the young people he looked after over the years.

To me he was my father figure, my best friend, my brother by blood, spirit and soul.

He always will be, My Superhero x 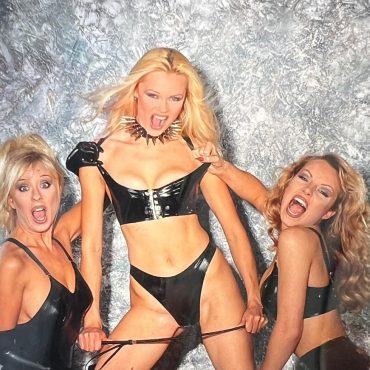 Sundissential to Scream – From The Heart 1 by Sacha Wall

foreword ...i've written all my life, i have 100's of letters never sent and blogs that i've not had the courage to publish... until now, thanks to my husbands love, support and encouragement my "from the heart" blog starts here, with my true life story account on how i went from being a PG3 model, to club promoter and my entry into working full time in the dance music industry […]